This Saturday UPMC plays host to the JJ Kavanagh & Sons Junior County Final between Conahy Shamrocks and Dicksboro, throw-in is at 3.30pm.  Conahy Shamrocks will be hoping to claim the title following their disappoinment of last year while Dicksboro will be hoping for a win and add an Intermediate team to their stable of teams for 2021.  The game will be live streamed via our steaming service and an e-ticket can be purchased here.  A programme for the game will be available on this website on Saturday morning.

The first Hurlers Co-op draw of 2020 took place in Piltown on Tuesday night, click below for the full list of winners.  A huge thanks to all who purchased tickets, the club officers who organised the sales and the organising committee who worked tirelessly through the past few weeks and months. On Sunday morning as the final preparations were being put in place for the St Canices Credit Union Senior County Final the sad news that Billy O'Dwyer has passed broke around the ground.  Billy formerly of the Foulkstown Club in Kilkenny and more recently of the Faughs club in Dublin was the proud holder of two All-Ireland Senior medals with Kilkenny (1957/63) and three Leinster medals (1957/58 & 63).

All associated with Kilkenny GAA would like to extend our sympathies to Billy's wife Anne and his family.   Ar dheis Dé go raibh a ainm.

Funeral arrangements can be found on RIP.ie

For a round-up of the some Bord na nÓg games from the past week, click below.  (Bord na nÓg PRO Pado Flynn)

Click here for the programme for Saturday's Duggan Steel U-15 'C' Final between Fenians and Glenmore. 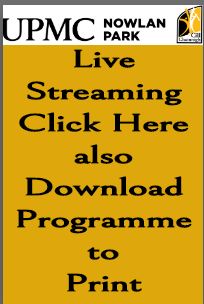