Mooncoin retained their U-21 crown in Slieverue on Sunday after a great battle with the Rower Inistioge. After close and engaging first half they led at the interval 0-6 to 0-5. A tremendous save by Niall O’Hanlon from a well struck James Cashin penalty and a brilliantly engineered opportunist goal by Danny Purcell were the highlights on the resumption and  saw Mooncoin open a gap that varied from 3 to 4 points for most of the second half. . Backed by a powerful display from half-backs, Eamon Hennebry, Seamus & David Kearns they defied the best efforts of the Noresiders to bring the title to the banks of the Suir for second year in succession. They will meet the winners of next weekend’s northern final, between Barrow Rangers & St. Patrick’s, Ballyraggett on the weekend of Dec.10th/11th 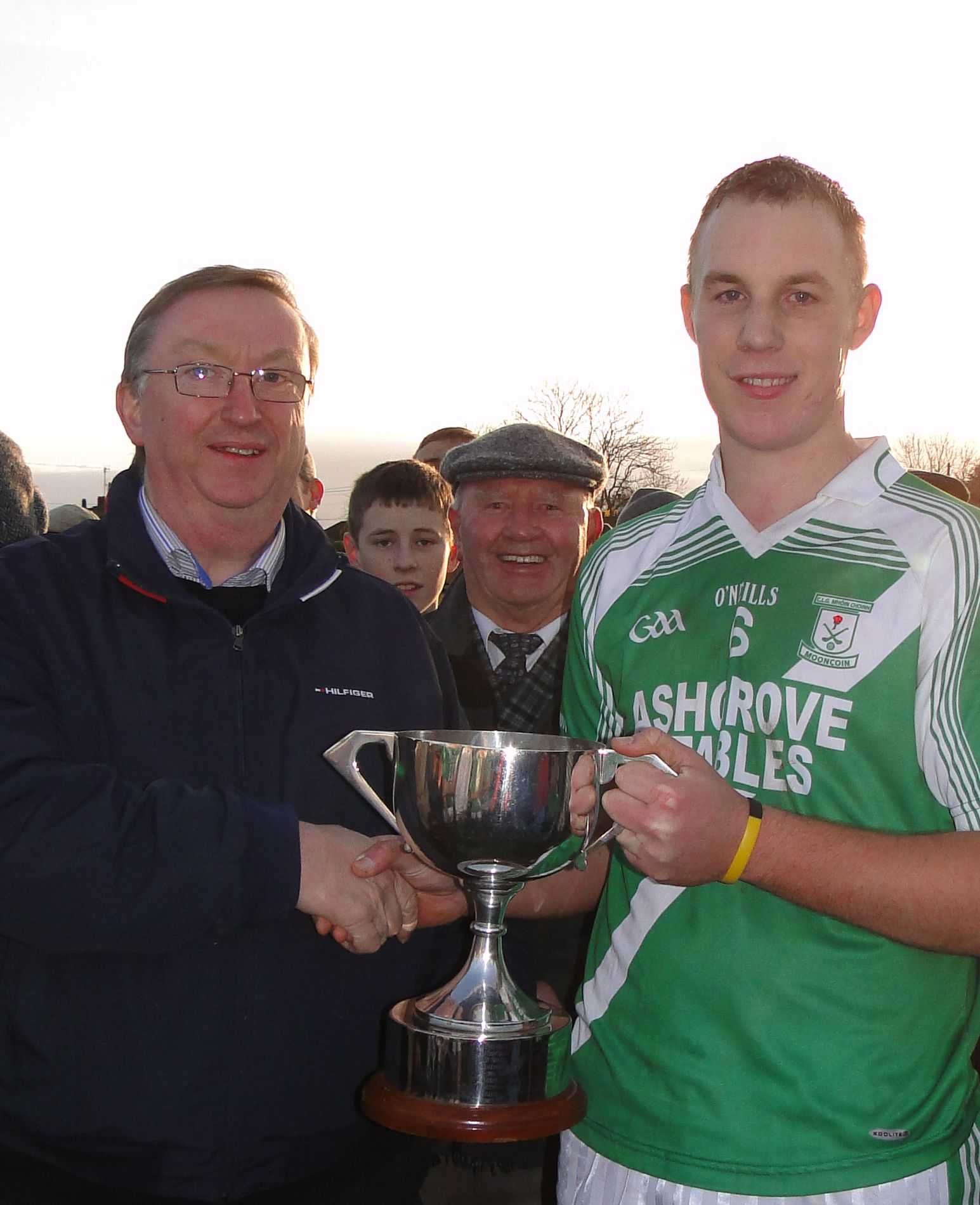 This a photograph of J.J. Kavanagh presenting the John Quinn U-21 A Trophy to Eamon Hennebry, Captain of the winning Mooncoin team.