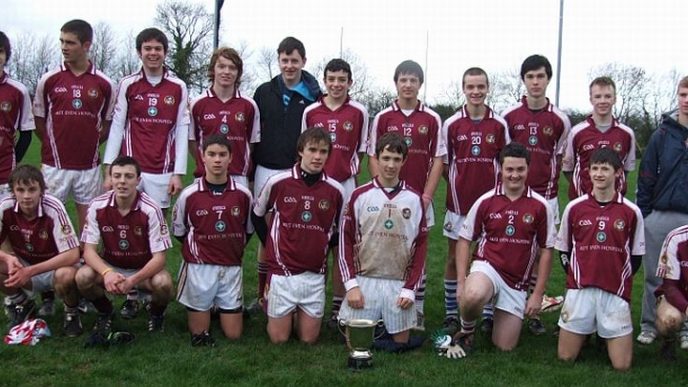 Congratulations to the Dicksboro Under 16 Roinn ‘A’ team who won the Duggan Steel Roinn ‘A’  Football County Final last Sunday.  This team also won the Roinn ‘A’ Hurling championship this year and the double is a first for the club.  The final was against The Rower/Inistioge and was a keenly contested affair.  The ‘Boro lead at halftime by 1-2 to 0-1. The Rower/Inistioge came out fighting at the start of the second half and within ten minutes had the game back to level at 1-3 each.However the ‘Boro lads dug deep and slowly regained control and finished deserving winners.  Final score Dicksboro 2-6 Rower Inistioge 1-4.