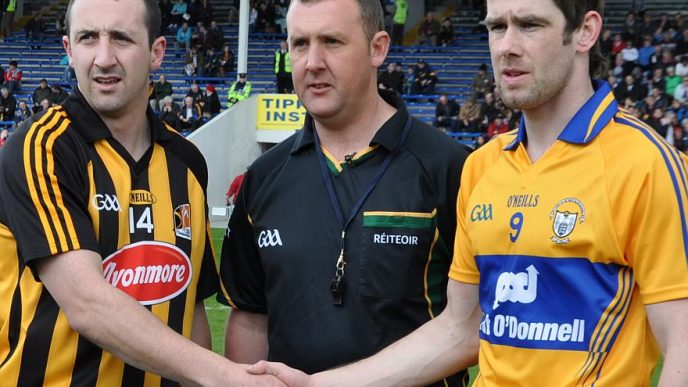 Kilkenny secured their place in the the Allianz HL Division One final with a storming second-half performance winning on a final score line of 1-20 to 0-14 and will now face Cork, who defeated Tipperary, in the final in a fortnight’s time. Clare competed well with Kilkenny in the first half, but the gap between the divisions was all too apparent in the second period as Kilkenny took their opponents apart.

Kilkenny led by a point at the interval with most of their first half scores coming from Richie Power who hit five points and also had a penalty saved, as Kilkenny went in at the break ahead by 0-8 to 0-7. Conor McGrath registered five of Clare’s first half points.

Matthew Ruth scored the only goal of the game four minutes into the second half, and from then Kilkenny finished the job off clinically, with Richie Power bringing his total to nine points and Matthew Ruth registering 1-3.

Conor McGrath pointed a couple of early frees for Clare, but kilkenny were ahead by the ninth minute, thanks to a long range Colin Fennelly point .Kilkenny continued to press and  Richie Power  put Kilkenny into a two-point lead. Clare drew level with scores from Sean Collins and Nicky O’Connell. Kilkenny were unlucky 21st minute when Eoin Larkin finished to the net after being set up by Colin Fennelly only to have referee Alan Kelly disallow the goal and instead award a penalty for Brendan Bugler’s foul on Larkin. Richie Power took the penalty but his effort was kept out by Patrick Donnellan.

Richie Power then registered his fourth point from a free, but Conor McGrath duly brought his tally to four with two points, one from play, to level on 6 points each in the 27th minute. Richie Power converted a stoppage-time free to put his side 0-8 to 0-7 ahead at the break.

The Kilkenny goal came four minutes into the second half when Eoin Larkin’s shot was saved by Clare goalkeeper Patrick Kelly, but Matthew Ruth nipped in to finish to the net from close range.

Matthew Ruth and Michael Fennelly added points to put Kilkenny five ahead. Clare tried to respond through points from Liam Markham and Nicky O’Connell but Kilkenny were able to pick off points at ease, opening out a six-point lead through TJ Reid. Richie Power continued to hit the target from frees and play, and Eoin Larkin pointed also as the gap grew to nine points with ten minutes remaining.The difference could have been greater, but Clare defended well and Colin Ryan and Patrick Donnellan pointed. Kilkenny hit the game’s last three scores, with Michael Fennelly,substitute Kieran Joyce and Matthew Ruth all hitting the target. 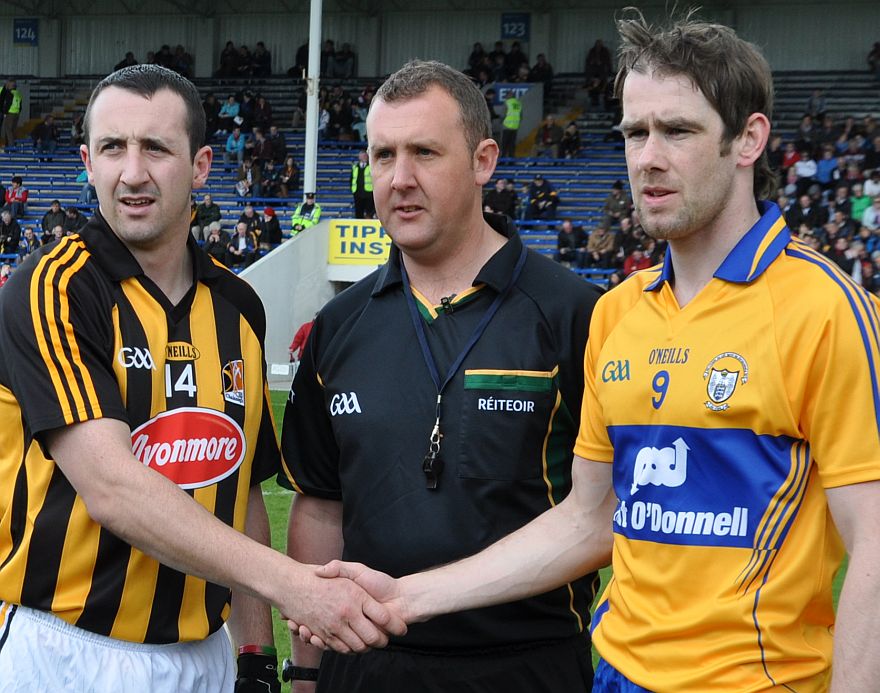