Mighty Muckalee Make it 3 Senior Football Titles in a Row

Muckalee gained their 11th JJ Kavanagh & Sons Co Football title where a scoring spree from 8th to the 19th minute of 1-5 proved to be decisive.
Mullinavat began the brighter with early points from Walter Bourke & Ian Duggan but Muckalee were level by the 11th minute with points from John Mulhaull & Colin McGrath. They took the lead soon after Brian Byrne latched onto a breaking ball and hammered the ball home to send the green flag waving.
Colin McGrath helped himself to a hat-trick of points with Mullinavat’s sole response coming from Andrew McGovern.
Muckalee finished the half on a high with a point from John Maher to leave it 1-7 to 0-3.
Again Mullinavat began the brighter with Ian Duggan pointing two frees before Willie O’Dwyer helped himself to a point.
It took Muckalee until the 50th minute to score and came as a point from inspirational midfielder Robert Shore. James Culleton pointed for Mullinavat but Muckalee made sure of a historic 3-in a row with points from John Maher and Robert Shore. 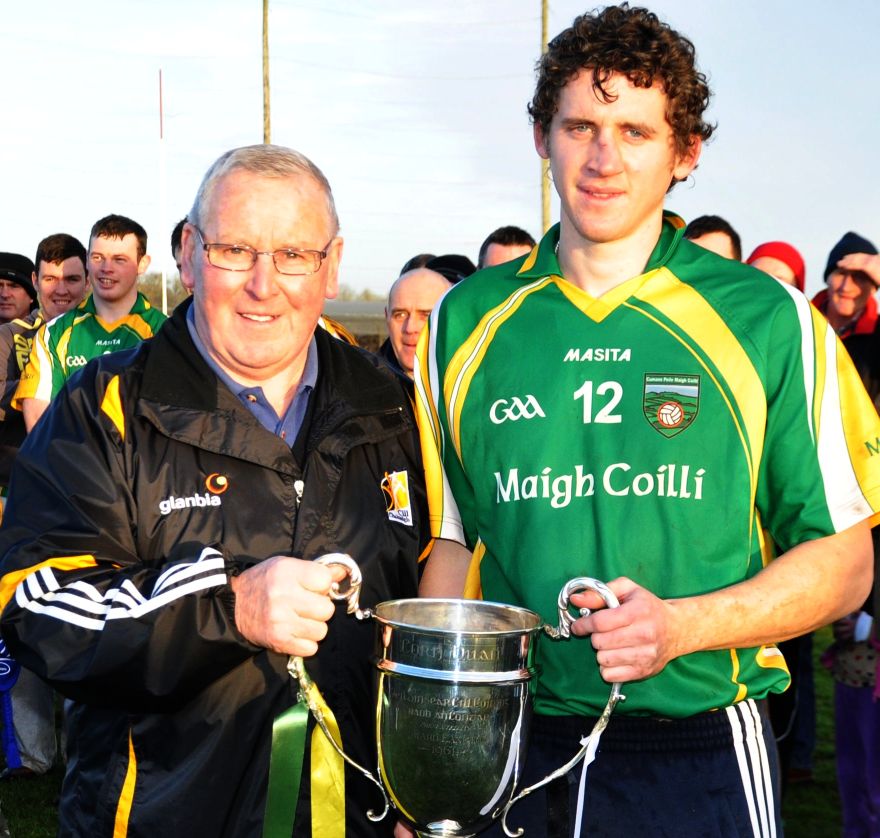