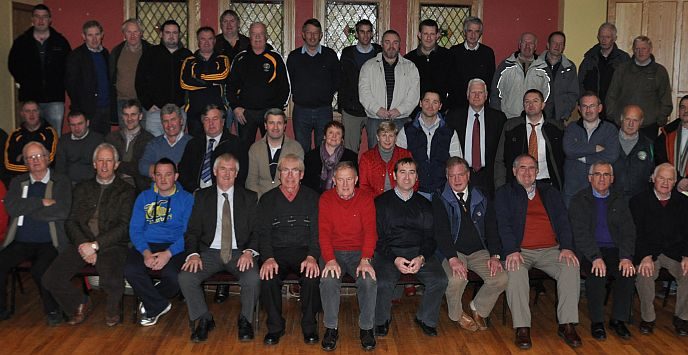 At the Southern Board Convention held in the Rising Sun the Boards outgoing Chairman Dan Kenny who had completed his five year term was replaced by Carrigeen’s Pat Dunphy who had a single 19 -18 vote margin over Jim Kearns of Ballyhale Shamrocks. On the night Mooncoin’s Maurice Flynn became the new Vice Chairman, Glenmore’s Fidelis Doherty the Assistant secretary and John Stapleton from John Lockes the Boards new PRO. The Board’s line up is completed by secretary Paul Long who delivered his first report and treasurer Andy Aylward who presented the Board Financial report.