It was a case of new faces at the Bord na n’Og Convention which was held in Nowlan Park on Monday Night. John ‘Bosco’ Bryan (John Lockes) stepped down as Vice Chairman of the Bord with John Wemyss (O’Loughlin Gaels) taking up the position. Also in the key role of Secretary Martin Quilty (Slieverue) departed under the five year rule and was replaced by Tommy Bawle (Dicksboro).
Chairman Willie Dempsey (Thomastown), welcomed all to the meeting and reflected on a positive year where close to 900 games had being completed by the end of November. In his address he noted the reintroduction of the minor football leagues which proved to be a success and all the championships at this stage had being completed in the calendar year with the exception of the U-16 football championship which will be hopefully completed within the next couple of weeks.
He praised the efforts of people involved at Bord na n’Og level and thanked the various sub-committees for the endless work they had undertaken. In particular he thanked John Bosco Bryan & Martin Quilty for the years of effort they had put into the Bord.  He also thanked the clubs for their co-operation in completing fixtures as scheduled and believed the new streamlining of the fixtures had being a huge help.
He congratulated James Stephens on winning the Minor A which is the most prestigious Championship of the Bord and also paid tribute to the Larchfield outfit in relation to their efforts at the national Feile na Gael and he also praised Dicksboro for their display at the football feile. He also warmly congratulated Edmond Delaney from Conahy Shamrocks on winning the Feile Hurling skills and in doing so he achieved the maximum achievable score. A first.
The Thomastown man also congratulated the Kilkenny Senior Team on their achievements during the year and praised them as being role models for all the young people to look up to. He also congratulated the U-21’s and Intermediate sides on landing the Leinster titles and wished new Kilkenny minor manager Pat Hoban well.
He also congratulated St Kieran’s College on winning the Leinster Senior Hurling title whilst commiserating with CBS Kilkenny on losing in the All Ireland final.
During his address he also thanked his fellow officers for their efforts during 2012 and also thanked the senior officials for all their help also. Finally he wished everyone well for the forthcoming year.
Secretary Martin Quilty read final his report to the large crowd and had special words of praise for the Men in Black without whom the games would not go ahead and he thanked all the people who had helped him during his time in the role.
PRO Patrick O’Flynn thanked all the clubs for supplying teams for match programmes and hoped for the New Year that they could continue the policy of supplying as many match programmes as possible for the finals.
Chairman Paul Kinsella, Secretary Ned Quinn were amongst the guest speakers that addressed the meeting.
One recommendation from John Lockes & Dicksboro in relation to having 8 teams in Roinn A at U-14 level was discussed. It’ll come before the Bords first meeting of 2013. 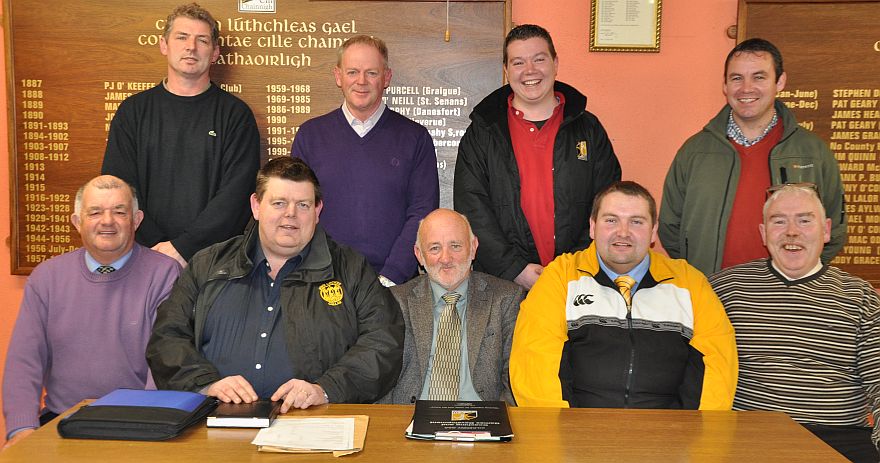 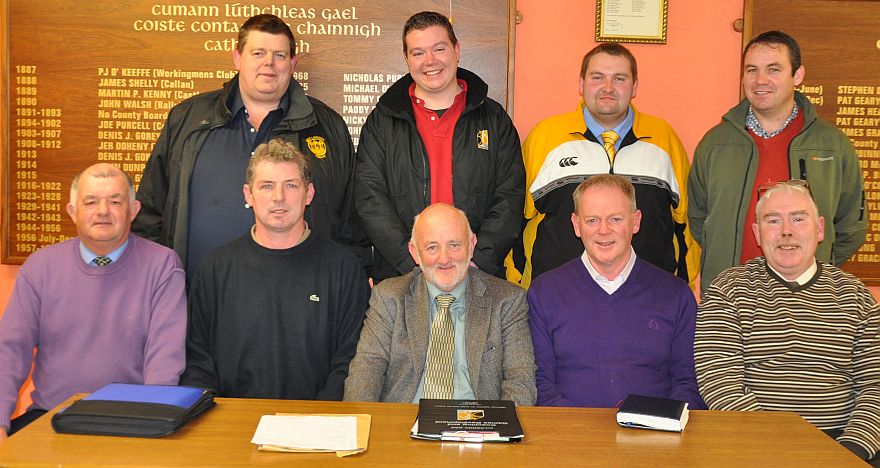