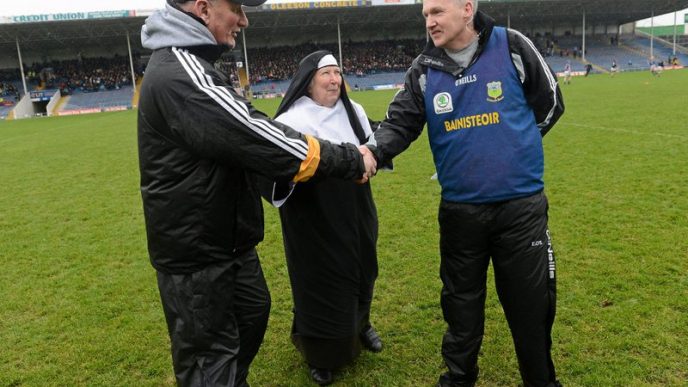 This defeat followed on the one suffered against Galway in the opening round and leaves Kilkenny hanging on for dear life in the competition. There was no hard luck story attached to the defeat.

Tipp were just about the better team in a match that was lively, full blooded and up for grabs right to the finish. Both teams finished with 14 men, Tommy Walsh (K) having been sent off in the 60th minute and Noel McGrath (T) following within a minute.

The Noresiders play unbeaten Waterford in Nowlan Park on Monday, and a win is a must if they are to have any hope of making the latter stages of the competition.

Wind assisted Tipperary started well and unanswered points from Eoin Kelly (two frees) and Lar Corbett during the opening three minutes helped them find their feet in the game. Six minutes passed before Kilkenny opened their account with a point from Aidan Fogarty.

Eoin Larkin, who was top class at winning ball and was one of the main men in attack, added a second score shortly afterwards. The winners hit the front in the 14th minute when Richie Hogan snapped up a goal after racing on to a loose ball that fell goal side of Tipp defence, which was caught badly out of position by a fast delivery from midfield by promising new boy, Lester Ryan.

Tipp, who turned in a weak showing when hammered by Cork in the first round, never flinched. With wing-forward, Noel McGrath winning a lot of possession as a third midfielder along side Adrian Ryan and Brendan Maher, they continued to shade the exchanges.

Kilkenny were slightly worse off at half-time when they looked up from the wrong end of a 2-11 to 1-8 lead.

There was more force to the losers play after the turn. With Larkin always looking likely to produce something big up front, and Ryan, Richie Power and Tommy Walsh also going well, they piled on the pressure. The move that added real power to the Kilkenny effort was when Kieran Joyce come on at centre-back in place of the off colour Brian Hogan. With the Rower-Inistioge man closing off the centre and driving ball back, Tipp were really put under the cosh.

Strong willed Tipp kept the opposition at a four or five point distance for most of the way, but then back-to-back minors from Larkin, Power (free) and Paddy Hogan, a magnificent free from his own half-back line, cut the divide to 1-16 to 2-14 less than 12 minutes from the end.

Tipp halted the Kilkenny run with a badly needed point from Seamus Callan in the 59th minute. The two sendings off followed, but the game was in full flow by now and two fully committed teams simply motored on to the finish.

The charge to the line was gripping, as Tipp hung on and Kilkenny sought something from the game.

“The result could have gone either was,” was the summary of Tipperary manager, Eamon O’Shea. “We are just glad to have come out on the right side of things.” 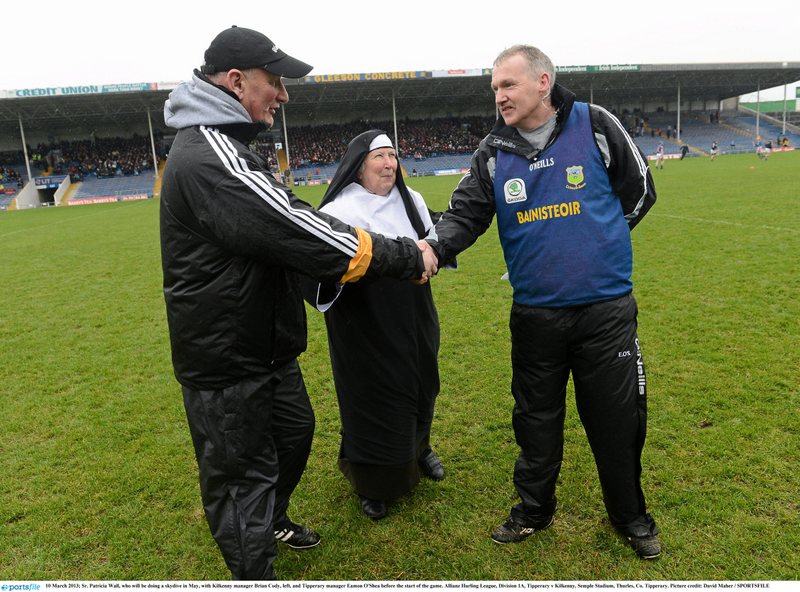 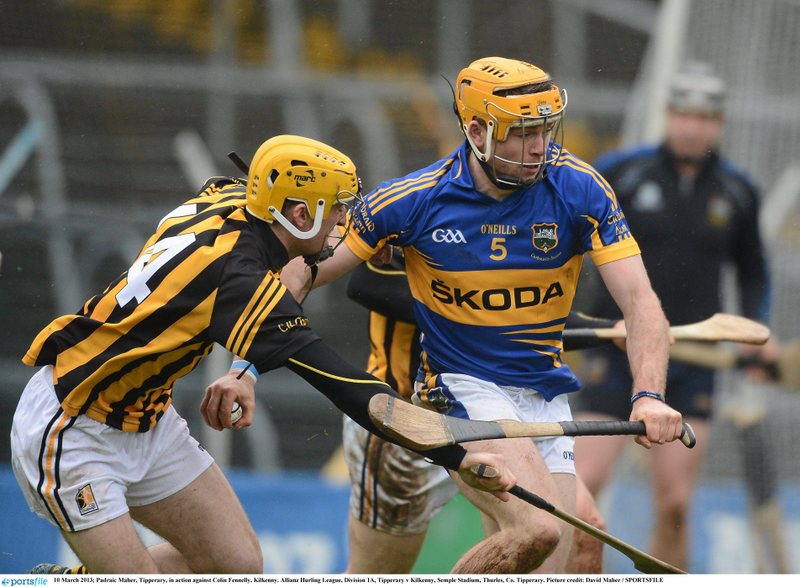 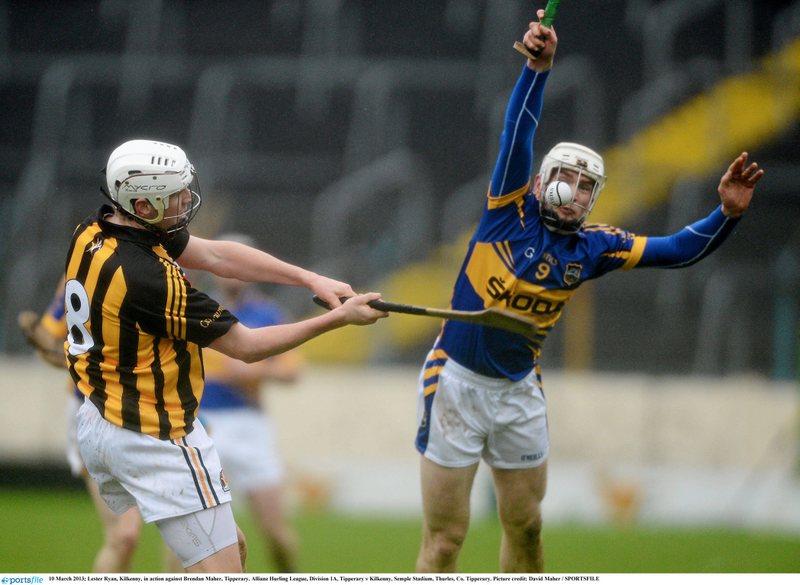