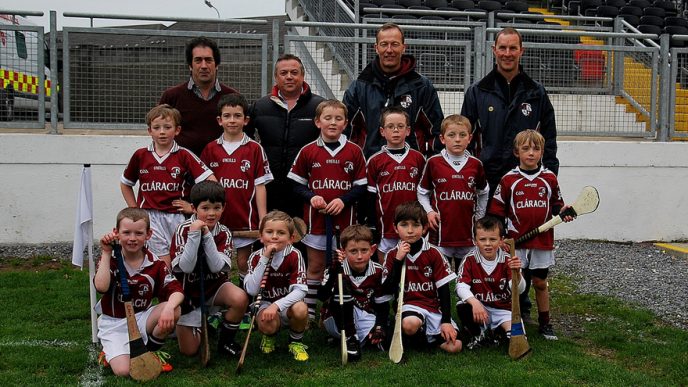 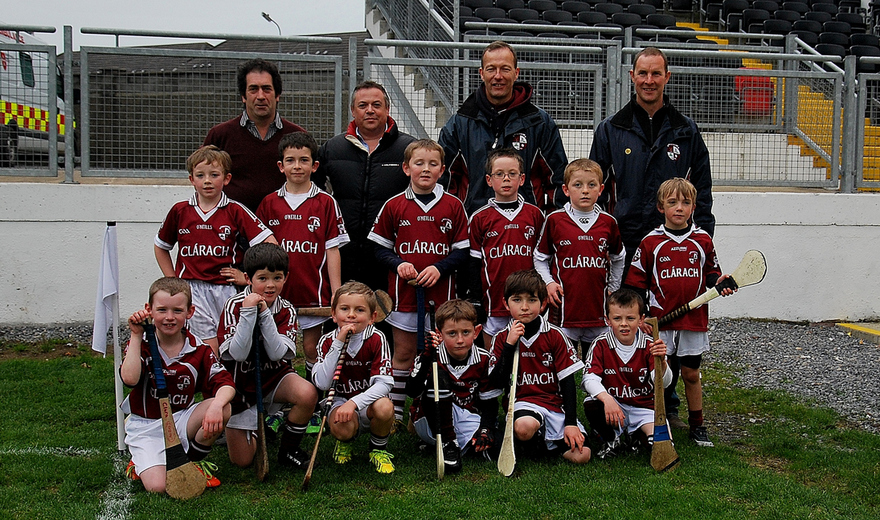 The Clara under 8 Go Games team who played an exhibition game at half time in the senior game at Nowlan Park. 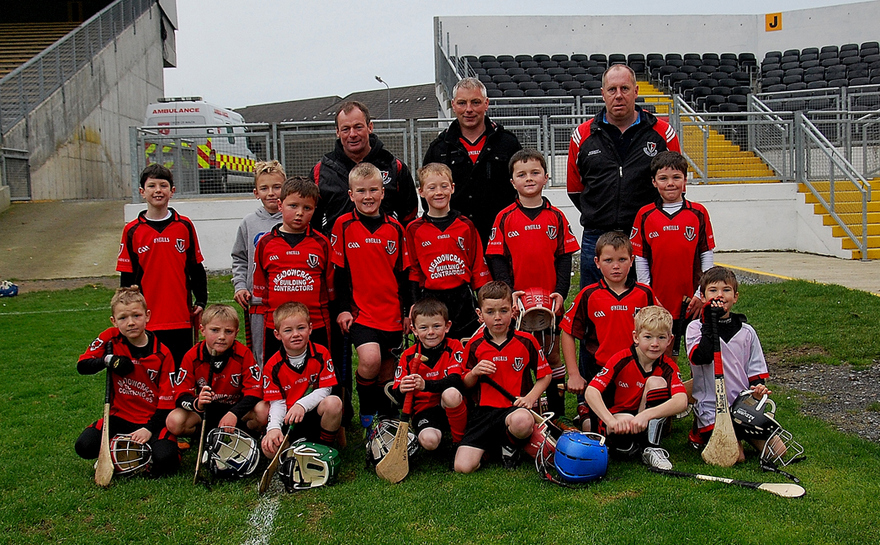 Four in a row county football champions Muckalee made the trip to St Martins GAA pitch in Wexford for the Leinster Intermediate Football Championship Quarter Final.  Shorn of three of their regular starters in the shape of captain Paul Maher, Tom Morrissey & Joe Maher, this was always going to be tough task.

Despite all the excuses Muckalee fired from the start and took the lead through the influential Colin McGrath with a pointed free. Shane Sinnott hit back for the home side with a fine point before Cathal O’Brien put St Fintan’s ahead with a fine effort. Colin McGrath levelled matters at the end of the first quarter with a free. McGrath then put the Kilkenny Champions ahead with point.  St Fintan’s threatened when Sinnott broke through on goal and but John Coonan pulled off a great save with Donal Shanley converting the resulting 45. Muckalee dominated proceedings in the run up to half time but they missed chance after chance until Eoin McGrath found his brother Colin who duly sent the green flag waving leaving Muckalee 1-4 to 0-3 up at the break.

The game largely turned on an incident early in the second half when Paddy Nolan was sent off for two yellow cards.  By the 51st minute St Fintans had levelled with points from Cathal O’Brien (2), Shanley & Doyle. The men from Muckalee were not going to lie down with points coming from McGrath and John Mulhall to put them back up by two.

Joey Wadding put a point in it but It was all level in injury time when Shanley pointed. The extra man proved too much in injury time but Muckalee can be proud of their efforts and only suffered their second defeat in four years.