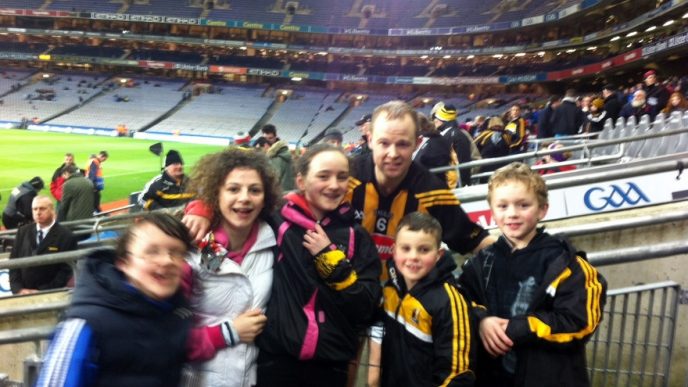 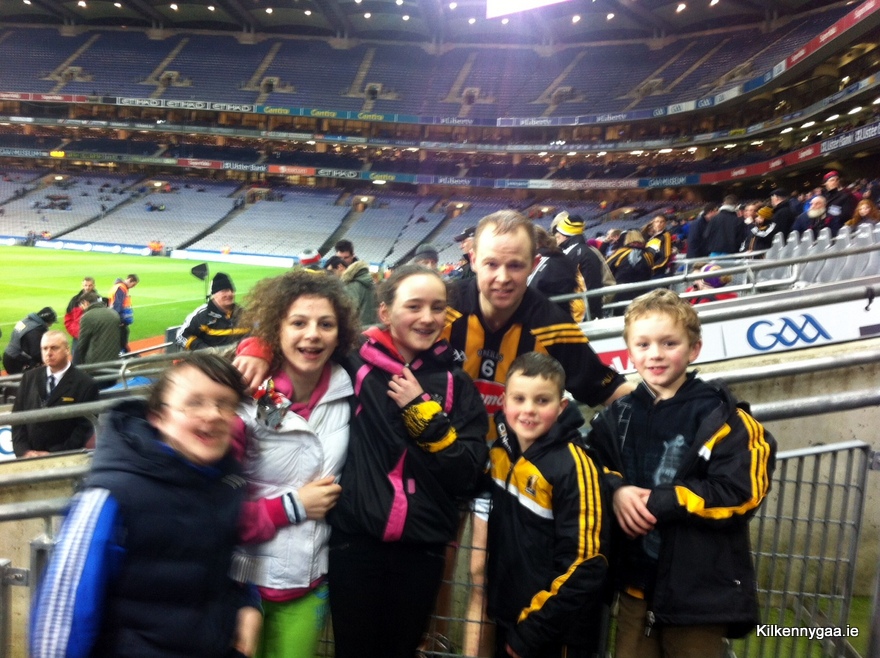 Kilkenny’s Tommy Walsh with some fans from Thomastown after the Walsh Cup Final in Croke Park. Hats off to the Thomastown Club for organising a bus to the final supporting their club man Jonjo Farrell.

Kilkenny continued their early season good form by defeating Dublin 0-24 to 1-17 in the Bord na Móna Walsh Cup Final in Croke Park on Saturday evening. Fielding only 4/5 “Regulars” in the starting line-up this was another opportunity for the management team to have a look at the wider Kilkenny panel and they must be well pleased after the three game Walsh Cup campaign. The senior team now has a break of two weeks with the Interpros and the Intermediate Club Final involving The Rower Inistioge taking pride of place next weekend. B ut all Kilkenny supporters are now looking forward to the Allianz Hurling League and in particular the first two fixtures – February 16th away to Clare and February 23rd home to Tipperary. For brief match report on Waslh Cup Final, courtesy Marie Crowe of Independent.ie, click HERE