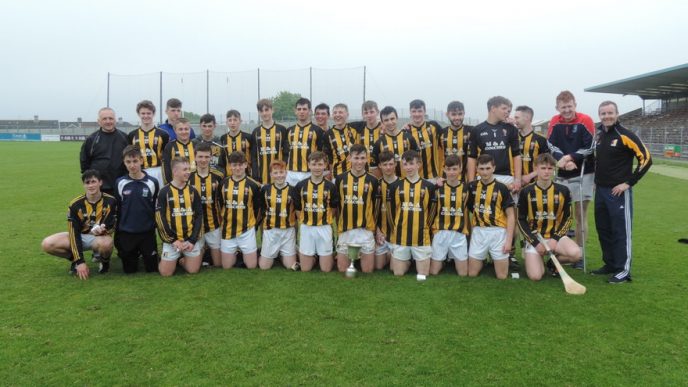 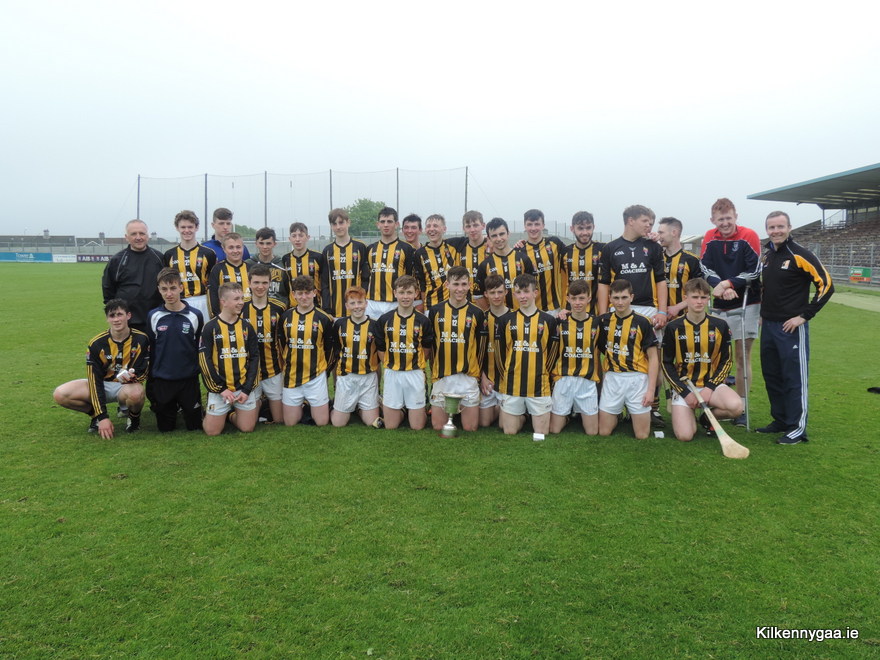 Castlecomer Community School won their first ever All Ireland Hurling Community & Comprehensive Final when defeating Blackwater by a single point in a nail biting game in Walsh Park Waterford.

Castlecomer CS took control of the game from the start and maintained their lead up to the 59th minute when Blackwater leveled the game. In the last few seconds of normal time James Bergin played a Captains role when  he scored the winning point to see Castlecomer CS claim their first ever All Ireland Hurling Community title.

The Cup was presented to Captain James Bergin by the Waterford Senior Hurling manger Derek McGrath.

The Castlecomer boys put in a real team effort with some outstanding individual performances on the day.

On their way to the final Castlecomer CS defeated Portuma on a scoreline of 3.20 to 1.11 in the quarter final.