Home » Ballyhale claim the JJ Kavanagh & Sons U-21 ‘A’ title

Ballyhale claim the JJ Kavanagh & Sons U-21 ‘A’ title 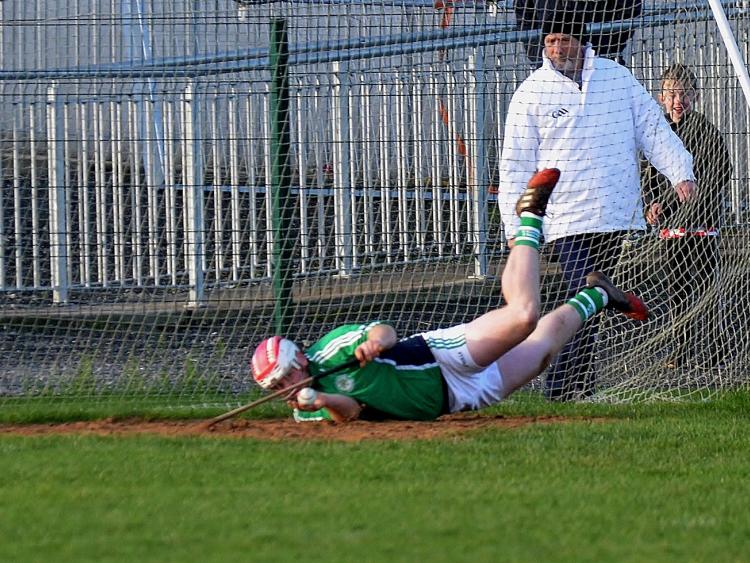 Defending champions, Ballyhale Shamrocks were pushed all the way through an 80 minute epic battle against fiercely committed O’Loughlin/Gaels, and in the end it took a brace of late points from Eoin Cody to secure victory.

This was a wonderful Roinn A under-21 hurling championship final in John Lockes Park today, and Shamrocks had to go way beyond the norm to find that extra little bit that saw them put wins at this level back-to-back and complete the big senior/under-21 double.

In the 75th minute lively O’Loughlin’s sub, Dacel Fwamba, clipped over a point to leave the minimum between the teams (1-20 to 2-16). Shamrocks had to rise their game yet again.

In the closing minutes a foul on Eoin Kenneally was punished by Cody before the same player clipped over a wonderful opportunist point after O’Loughlin’s fine goalie, Ben Maher had brought off a very good save.

That was the final act in what was Shamrocks ninth win at this level.

The hurling was fast, furious and packed with stylish effort from the word go. Breeze backed O’Loughlin’s hit the ground running, shooting points per Owen Wall and Eoin O’Shea before Conor Kelly crashed home the first of two opening half goals in the fifth minute.

Shamrocks got off the mark with a point from an Eoin Cody free in the sixth minute. With the help of a Cody goal in the 15th minute they hit the front after Liam Barron pointed on 22 minutes, 1-6 to 1-5.

A pair of lovely points from the elegant Adrian Mullen drove Shamrocks on before Conor Kelly found the net again for O’Loughlin’s to level it all up, 2-5 to 1-8.

Shamrocks missed chances early in the new half before getting their sights in for a while, moving 1-13 to 2-7 clear at one stage. Their goalie Dean Mason was seeing a bit of action, however, but every time he was tested he produced magical deeds.

Hard chasing O’Loughlin’s, with Mikey Butler, Owen Wall and Eoin O’Shea to the fore, caught up at 1-15 to 2-12 on 60 minutes when Owen Wall pointed.

Shamrocks nipped in front again when Joe Cuddihy won the puck out after the losers last score and placed Adrian Mullen for a point. Almost with the last puck of the match O’Loughlin’s drew level again when Eoin O’Shea pointed a free the opposition felt was a harsh call against them.

That score changed to 1-20 to 2-15 by the rest in extra time after Shamrocks had first use of the element. It the end the late scores from the dazzling Eoin Cody secured as hard a win as Shamrocks have claimed in many a long day.