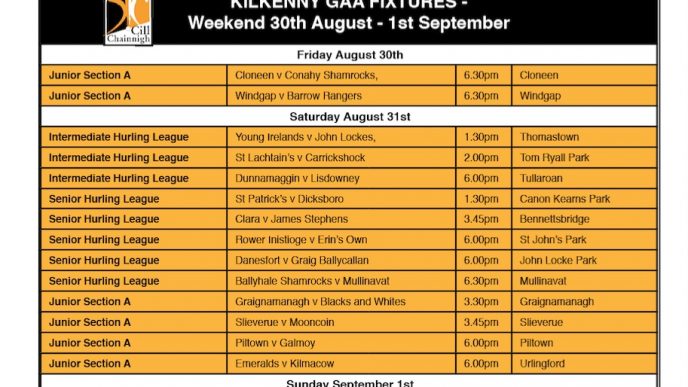 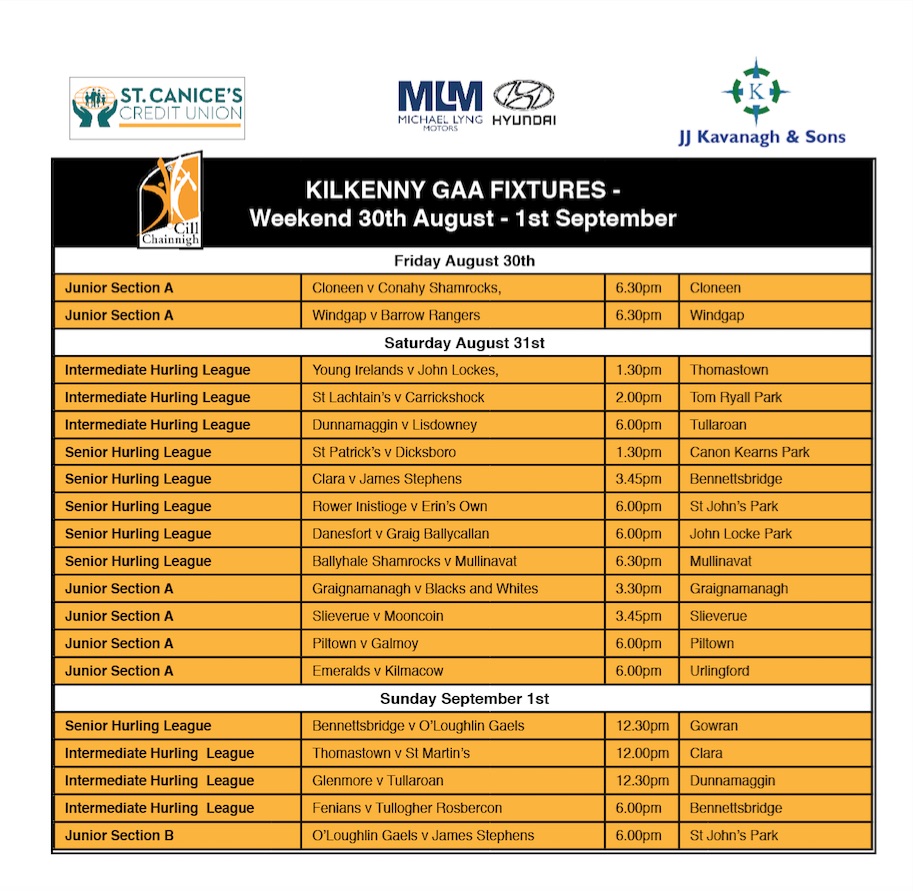 Please note there is a time change to the John Lockes Vs Young Irelands game on Saturday, throw-in is now 1pm and NOT 1.30pm.

The big chase for Kilkenny club honours will begin this weekend.  The All-Ireland hurling final is over and done with, and now attention switches exclusively to the Kilkenny leagues/championships.  The competitions began months ago at senior, intermediate and junior level.

However, from here on it will be non-stop action as all the inter-county hurling competitions have been completed.
In just seven weeks time the first champions will be crowned. They will be the junior winners with the county final scheduled for Sunday, October 20.

A week later, on October 27, the senior and intermediate finals will be played as a double bill at Nowlan Park.
Three rounds of the two main competitions were played earlier, with the start on the weekend of April 6/7.
Subsequently two more rounds were played before the start of the Leinster ‘Round Robin’ series, and now the way is clear to run the competitions through to the finish.

This ‘second start’, as it has become known, is when the action really heats up as clubs scrambles for places in the first round of the knock-out championships and away from the relegation zone.

The draws for the championships are determined by the finishing places after five rounds of league matches, so the incentive is there to do well in all games.

The sixth round of games in both grades will be played the following weekend, thereby finalising the championship draws.

Over 14 weeks have passed since players last saw action in the top two club competitions.
Consequently, no one has any line of form, which adds to the intrigue as all approach the ‘second start’.