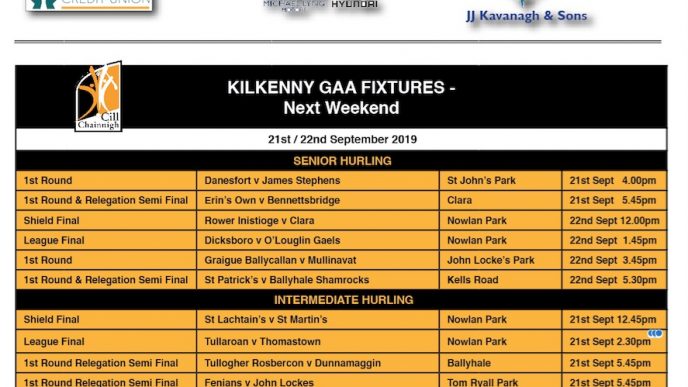 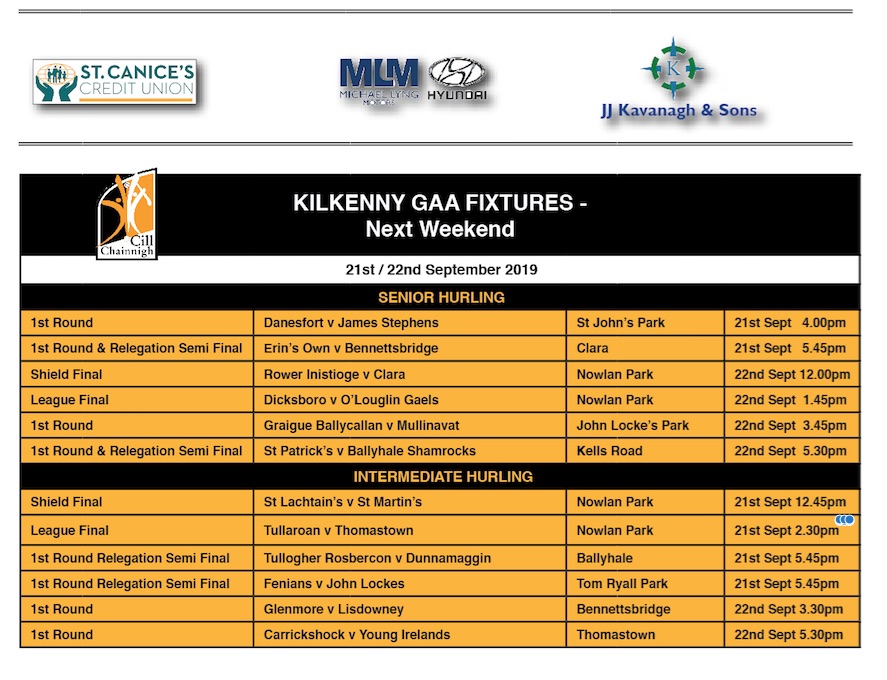 NB: The O’Loughlin Gaels Vs Dicksboro game has a throw-in time of 2pm and not 1.45pm as advertised.