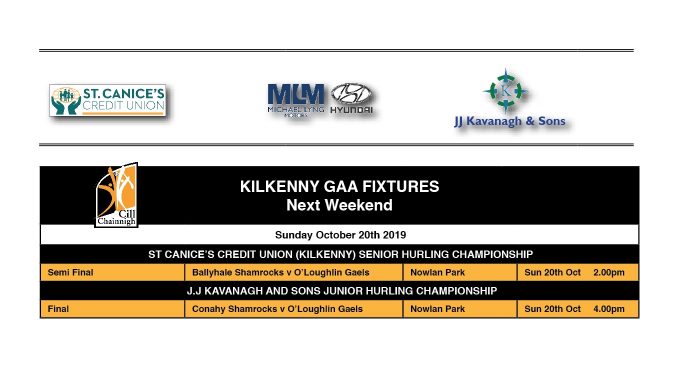 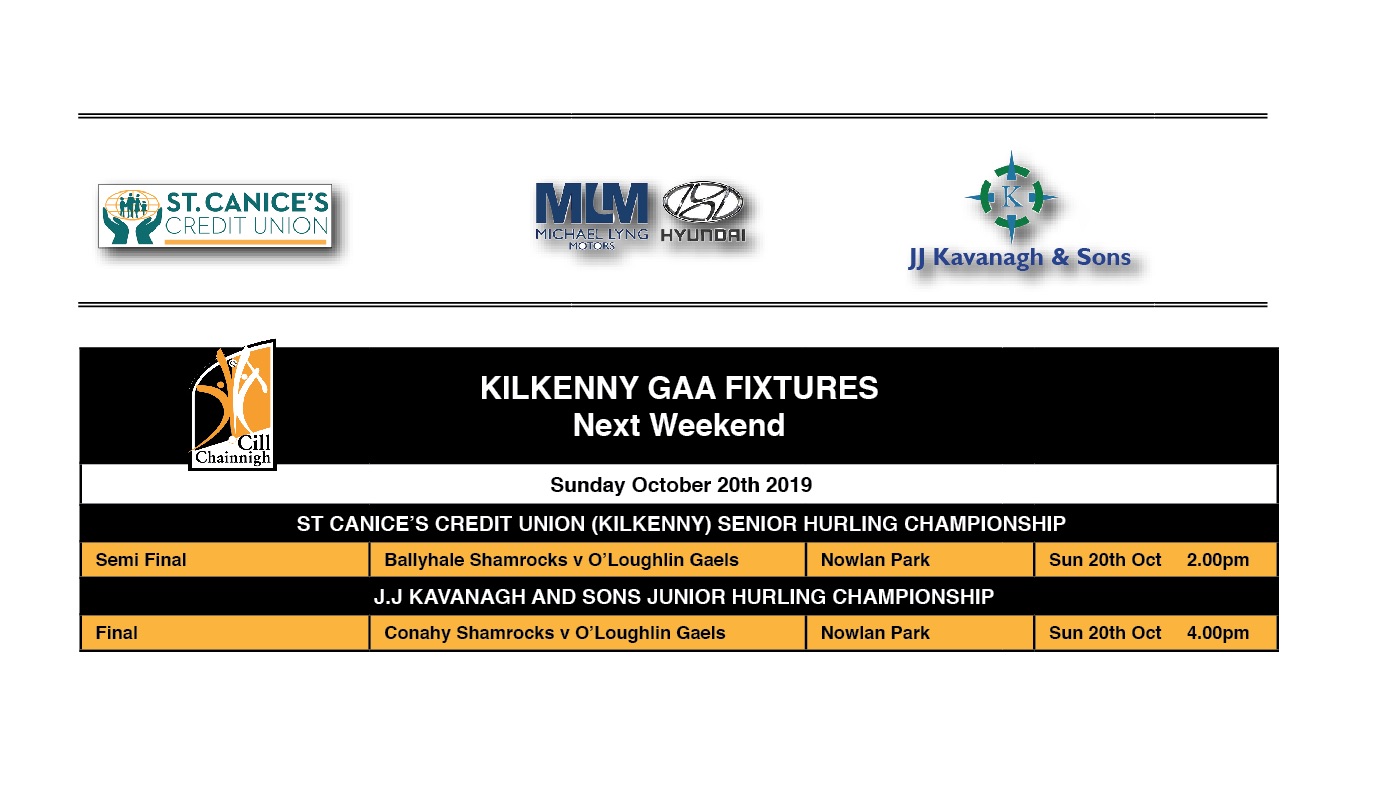 The semi-final battle between O’Loughlin Gaels and Ballyhale Shamrocks for the last spot in the St Canice’s Credit Union Final has been fixed for UPMC Nowlan Park this Sunday at 2pm.   It promises to be a great game with lots of quality on show.   The winners will face James Stephens in the final on Sunday Oct 27th.

The second game of the day on Sunday will be the JJ Kavanagh and Sons Junior Final between O’Loughlin Gaels and Conahy Shamrocks.   Both teams are fully deserving of their spots in the final having played some fantastic hurling enroute to the decider.  This game has a throw-in of 4pm.

Tickets for the games this Sunday are available in participating Centra and Supervalu stores, we advise patrons to pre-purchase tickets to avoid delays on the day.   We also appeal to all patrons attending games in UPMC Nowlan Park to please park responsibly and in designated car parks such as O’Loughlin Gaels, McDonagh Junction, Kilkenny County Council car park off Maudlin Street.