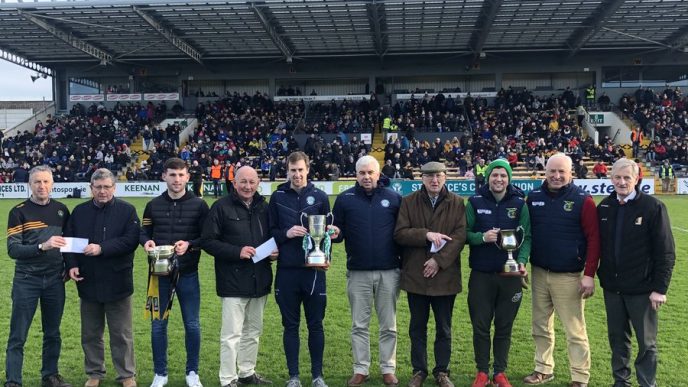 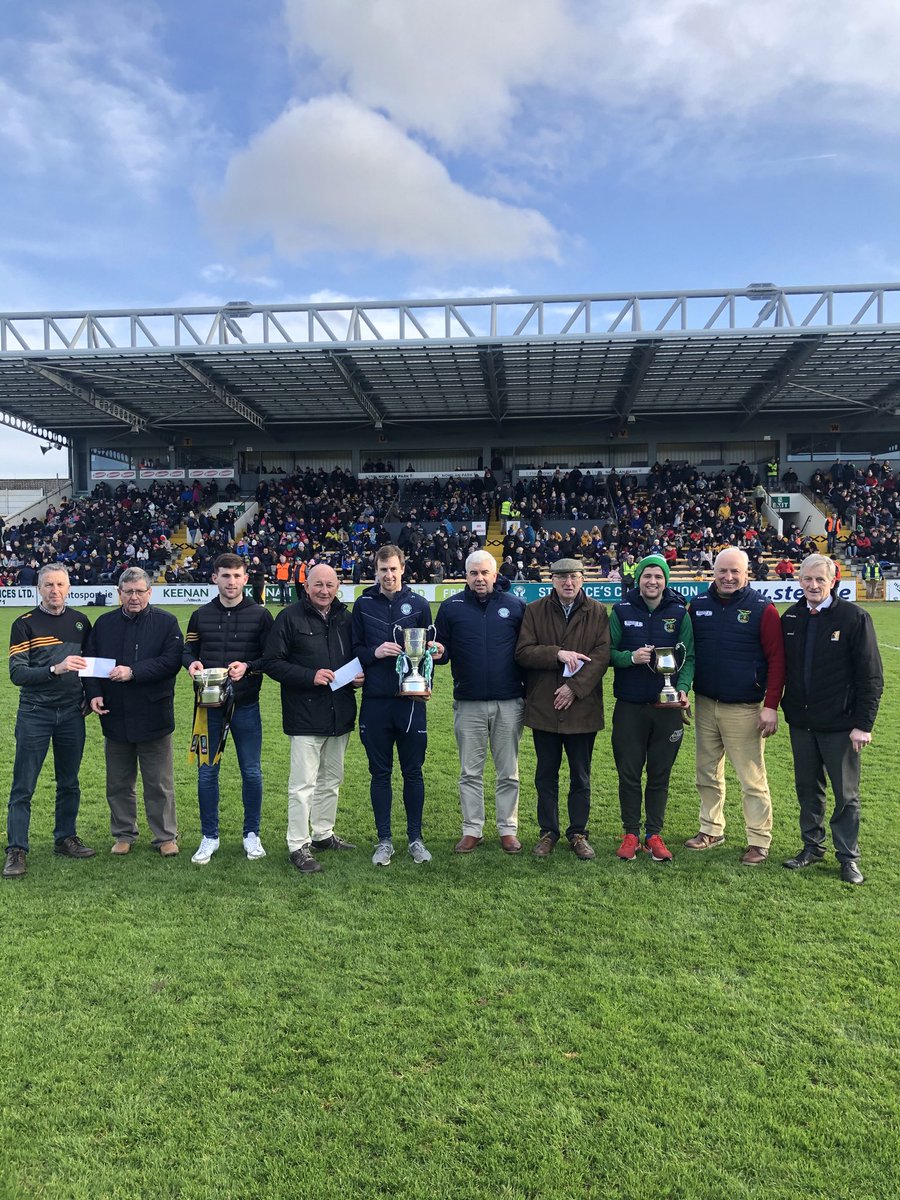 Officers of Kilkenny GAA Supporters Club making a presentation to players and club Chairpersons at half-time in Sundays Allianz NHL 1st round game Vs Dublin.

Man down or not, Kilkenny get off to flying start in the LeagueKILKENNY 3-21, DUBLIN 0-18

Kilkenny may have been missing nine of their All-Ireland final team and they may have had to play 44 minutes a man down, but they were still far too good for disappointing Dublin in this Division IB clash in the National Hurling League in UPMC Nowlan Park today.

The losers were going nowhere as the second half wore on, and they were eventually put out of their misers when Billy Ryan scored his second goal for Kilkenny to up the divide to 3-18 to 0-16 right on the hour mark.

“That was good,” Kilkenny manager, Brian Cody said. “That was very positive. We got into the game early and we kept it going well right up to the very end.”

The opening exchanges were full of raw effort and little else. Early points were exchanged before Oisin O’Rorke, who shot five of the Dublin scores during this period, pointed a free to punish a foul on Danny Sutcliffe.

That was the last time the Dubs held the advantage. On 11 minutes Ger Aylward scored a goal for Kilkenny after a sweeping move launched by Paddy Deegan and continued by Billy Ryan and Walter Walsh.

The gap was largely three points from there on….until Kilkenny lashed home a second goal in the 24th minute. Billy Ryan intercepted a hand-pass between two defenders before getting a clear run at goal and finishing with class (2-6 to 0-6).

Within two minutes they were down to 14 men. Richie Leahy was red carded for an apparent high tackle on Danny Sutcliffe. Ronan Hayes pointed the free that resulted from 65 metre.

Dublin never upped their game, never generated any real force as they employed the extra man in defence. At half-time they trailed by 2-10 to 0-10.

The losers had early second half points from Sean Moran and Eamon Dillon, but after Kilkenny hit back for points from Niall Brassil and  Alan Murphy they slowly but surely took over.