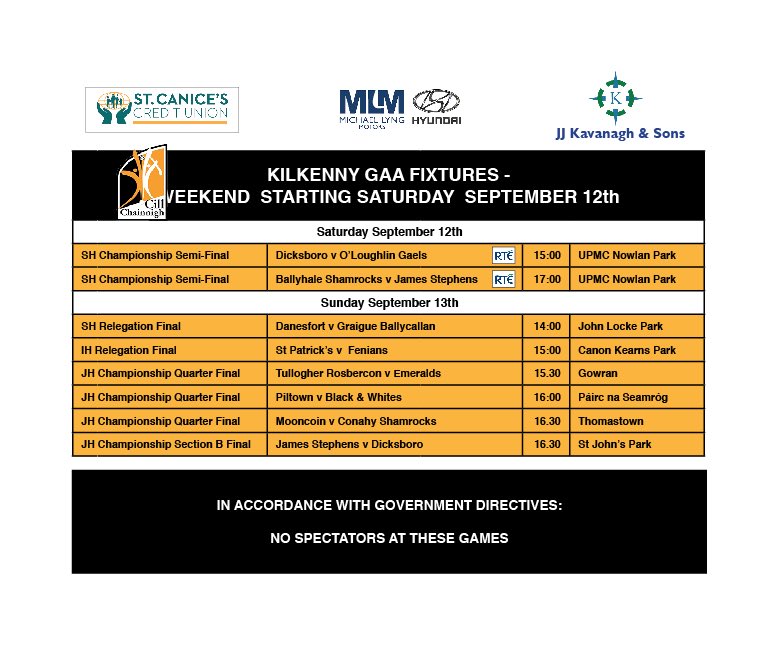 A busy weekend of action lies ahead with the semi-finals of the St Canice’s Credit Union championship down for decision.  Dicksboro take on O’Loughlin Gaels at 3pm on Saturday in UPMC Nowlan Park, while Shamrocks take on James Stephens at 5pm.  Both games will be live on RTE 2.