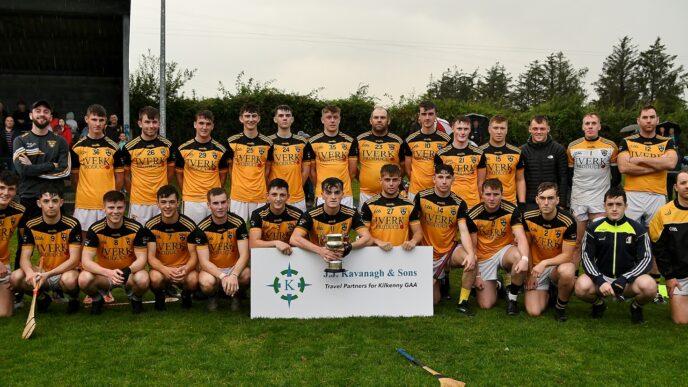 Piltown and Windgap travelled to Mooncoin on Thursday the 5th August to contest the JJ Kavanagh & Sons All County Junior Hurling League Final, a repeat of the 2020 Shield Final almost one year ago – same teams, same venue – the question beforehand was would the outcome be the same with Piltown claiming victory?

The pace in the opening quarter was intense and Piltown opened the scoring with points from Aidan Walsh and Ronan Ryan, quickly followed by a point from Jack Doyle to put Windgap on the scoreboard.  A quick Piltown puckout was won by Declan Duggan who spotted Cian Kinsella making a run through the middle and Cian pointed with ease.  Windgap’s pacey Adam O’Shea got the better of his marker shortly after and accurately put the ball over the bar.  Puckouts were proving crucial and Robbie Tobin gathering up a breaking ball on the Windgap puckout, hit it long cross field to John Kenny and John’s point from the sideline was simply superb.  Ronan Ryan closed out Piltown’s first quarter with four pointed frees, while captain Emmet Landy closed out the quarter for Windgap with three points to his name, one from a free, and Niall Walsh scored his first of the night.  At the first water break, Piltown led 0-8 to 0-6.

Cornerback Darragh Walsh opened Piltown’s scoring in the second quarter with a run up the line and a hand-off from his brother Aidan.  Jack Doyle’s reply came off the posts and Blade O’Gorman was first to react, raising the first of three green flags for Windgap.  Not five minutes later, Windgap went on the attack again and a super strike from Emmet Landy found the back of the Piltown net.  The ever-accurate Ronan Ryan kept the scoreboard ticking over, scoring four more points for Piltown before the half time whistle.  The sides were level going into half time, Piltown 0-13 Windgap 2-7.

The rain that had been threatening all evening arrived in the second half making conditions very tricky underfoot.  Both sides found it difficult in the driving rain and only managed three points apiece in the third quarter, the Piltown points coming from Robbie Tobin and Ronan Ryan (2) and the Windgap points coming from Michael Power and Emmet Landy (2).  John Kenny threatened the Windgap goal but a great save from Sean Foley denied Piltown a goal which would have given them the lead.

However, momentum went Piltown’s way after the second water break and within a minute, Ronan Ryan found the back of the net, following a pass from substitute Martin Power.  Two minutes later, a pass from substitute Shane Kinsella to the edge of the square was batted past the keeper by John Kenny.  Another substitute who made a difference was Peter Hennessy, who scored Windgap’s only two scores in the fourth quarter, one of which was Windgap’s third goal of the night.  These three goals in quick succession added to the excitement of the final quarter and showed that both sides would battle to the final whistle.  Following Peter Hennessy’s point in the 53rd minutes, the Piltown defence, however, held strong and Shane Kinsella pointed to give his team a four point advantage.  A free conceded by Piltown just outside the square in the dying minutes saw goalkeeper Sean Foley step up to take the free.  It was a tense period for Piltown as a goal would have reduced the deficit to a point but it was well-saved by goalkeeper James Norris, who was fouled as he cleared the ball.  This set up Ronan Ryan for the final point of the game, securing Piltown’s victory with a five-point margin.  Full time score: Piltown 2-19 Windgap 3-11. 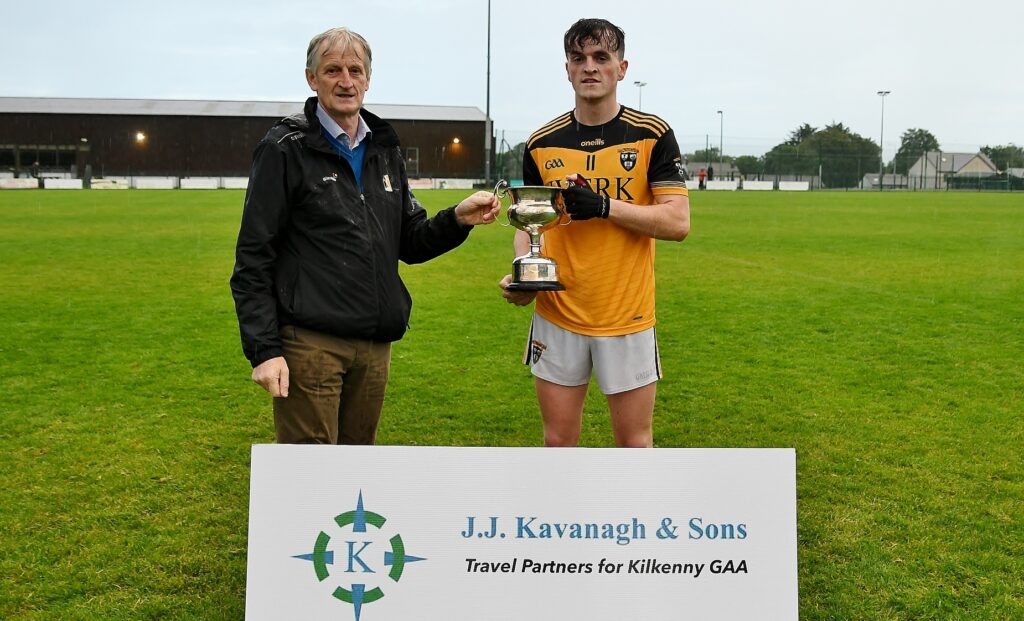