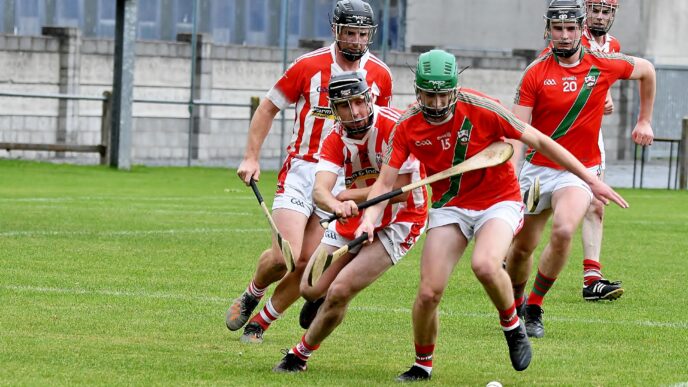 Following another hectic weekend of games the League and Shield Finalists and 1st round line-ups at senior, intermediate and junior level became clearer. 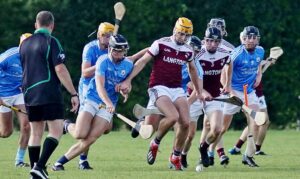 Victories for Bennettsbridge over Rower Inistioge and Mullinavat over Erins Own has cleared the way for the opening round of the Championship. Table toppers Clara and Bennettsbridge will meet in the League Final next Sunday at UPMC Nowlan Park at 1pm. 2nd placed James Stephens and Mullinavat will play out the Shield Final in Bennettsbridge on Saturday next at 2pm. The first round ties will feature: 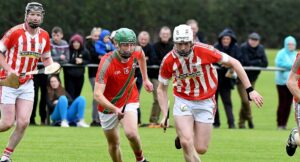 The final weekend League action saw Thomastown and Glenmore top their respective with 100% records. They will meet in the League Final in 2 weeks time. St Martins and Carrickshock also had 100% records but finished up in 2nd position on score difference and will play in the shield final. The first round ties, which will be played on weekending October 10th will feature:

Following the final round of games over the weekend the picture for the knockout stages became somewhat clearer. In Section A the draw was made for the first round tie – Tullogher Rosbercon v Cloneen. This game will be played next Sunday in Danesfort at 1pm. The winner here will join 3rd place finishers Kilmacow, Blacks and Whites and Galmoy in Pot 2 for the first round draws. They will be drawn against League Finalists Mooncoin, Windgap, St Patricks and Piltown in Pot 1. The remaining first round ties will be made up of 2nd place finishers Barrow Rangers, Graignamanagh, Emeralds and Slieverue who will be in pot 3.  Round 2 games will be played on Weekending Oct 10th. The League Finals will be played next weekend – Windgap v Mooncoin on Friday night at MW Hire TC at 8pm. The St Patricks v Piltown Final goes ahead in Clara on Saturday at 2pm. 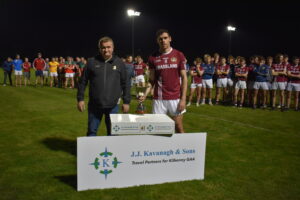 In the championship 1st round Shamrocks Ballyhale got the better of Rower Inistioge and advance to the Quarter-Finals where they now meet Clara (MW Hire TC Tues 5th Oct at 8pm). The other Quarter-final sees Erins Own play Lisdowney on Wed 6th Oct also at MW Hire TC.  The quarter-final winners take on James Stephens and Dicksboro in the Section B semi-finals on weekending Oct 10th.