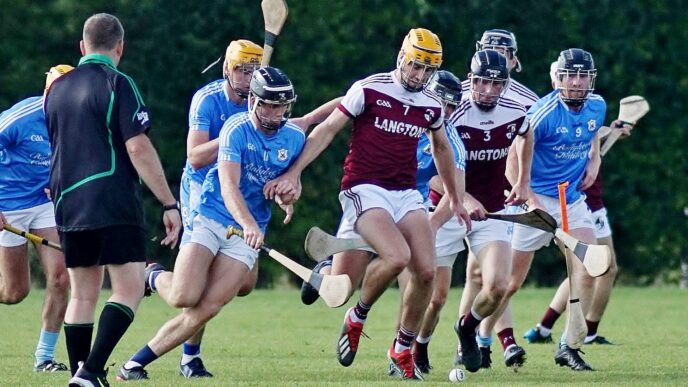 This weekend saw the third and final round of action in the St Canice’s Credit Union senior league, six games were initially down for decision but two were postponed to next weekend due to bereavements.

Of the four games that were played, O’Loughlin Gaels, Shamrocks Ballyhale and Clara ran out winners, while Lisdowney and James Stephens ground out a draw in Freshford.   Final placings for league and shield finals along with championship first round pairings while somewhat clearer they will not be fully known until the two remaining games are played next weekend.

Next weekend will also see the final rounds of the Michael Lyng Motors Hyundai intermediate and the JJ Kavanagh & Sons junior leagues played.

Click here for match reports courtesy of the Kilkenny People.

Click here for a selection of images courtesy of Willie Dempsey