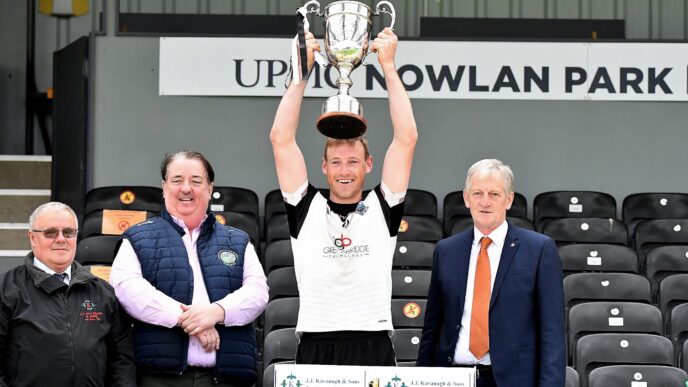 Mullinavat have claimed the Kilkenny senior football title following a 1-12 to 0-8 over Thomastown in UPMC Nowlan Park on Sunday.   The opening stages were a tightly contested affair with both teams picking off some nice points  but as the game progressed Mullinavat began to take control.   As the game progressed it never looked liked they were going to relinquish control and ultimately they were victorious.  This is Mullinavat’s sixth title following wins 2020,2019,2018,2017 and 2007.

Click here for match report courtesy of the Kilkenny People.