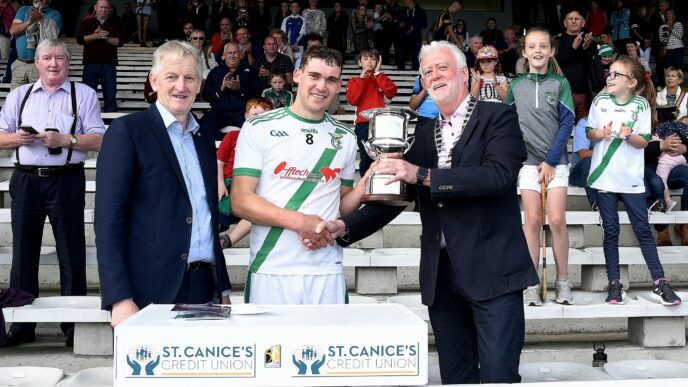 Following an action packed weekend locally, Tullaroan are the St Canice’s Credit Union Senior league winners for 2022, while Clara ran out winners of the shield.  In first round action Shamrocks Ballyhale, Erins Own, Mullinavat and James Stephens progress, while Graigue Ballycallan and Lisdowney must battle it out in the relegation final.   Full quarter final draw details below.

In the Michael Lyng Motors Intermediate league Thomastown came out on top, while Rower Inistioge claimed the shield.   In the first round Dunnamaggin, Conahy Shamrocks, St Martin’s and Mooncoin progress, while the Fenians and St Lachtain’s face off in the relegation decider. Full quarter final draw details below.

In the JJ Kavanagh & Sons Junior league final Tullogher Rosbercon ran out 0-21 to 0-14 winners over Piltown.  Meanwhile, St Patrick’s, Kilmacow and Slieverue progress to the next round of the championship following victories over Galmoy and Barrow Rangers and Cloneen respectively. 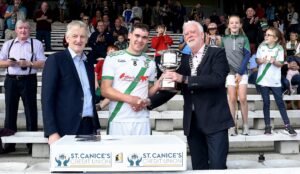 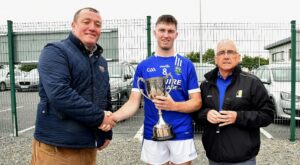 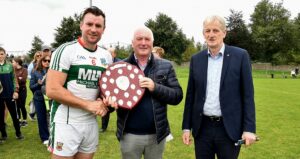 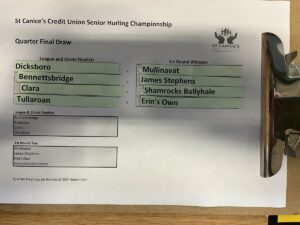 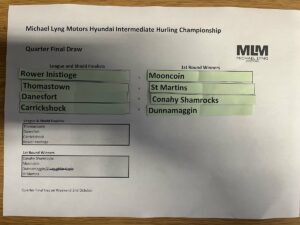 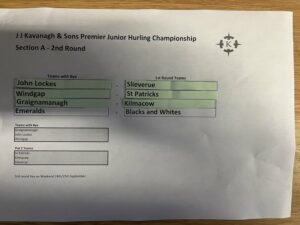 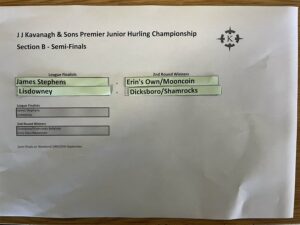