Home » Shamrocks Ballyhale claim the five in a row

Shamrocks Ballyhale claim the five in a row 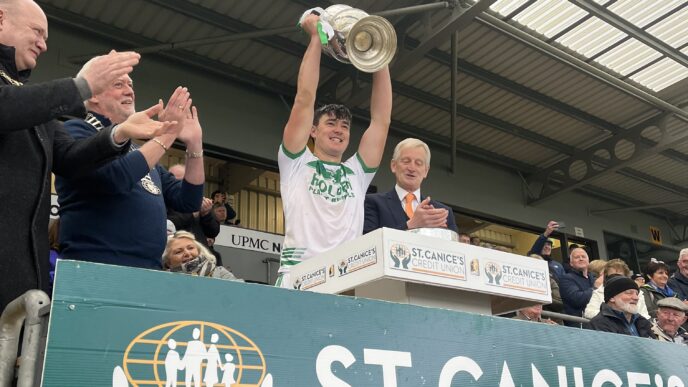 Shamrocks Ballyhale created history by claiming their fifth St Canice’s Credit Union senior hurling title in a row on Sunday by sweeping to a 2-11 to 1-21 victory over James Stephens.   The opening stages of the game were a tit for tat battle, but Shamrocks began to assert their authority in the second quarter, Shamrocks heading down the tunnel at half time with a four point lead.

On the restart James Stephens try as they might couldn’t close that gap and Shamrocks drove home their advantage and eventually ran out 2-11 to 1-21 winners.  Continuing the trend TJ Reid claimed the TG4/St Canice’s Credit Union Man of the Match award.

NOTE: The Kilkenny hurlers holiday fund draw which was due to take place during last Sunday’s senior county final was deferred. This will now take place on Sunday next during the Michael Lyng Motors Hyundai Intermediate Final and the JJ Kavanagh & Sons Junior Final.